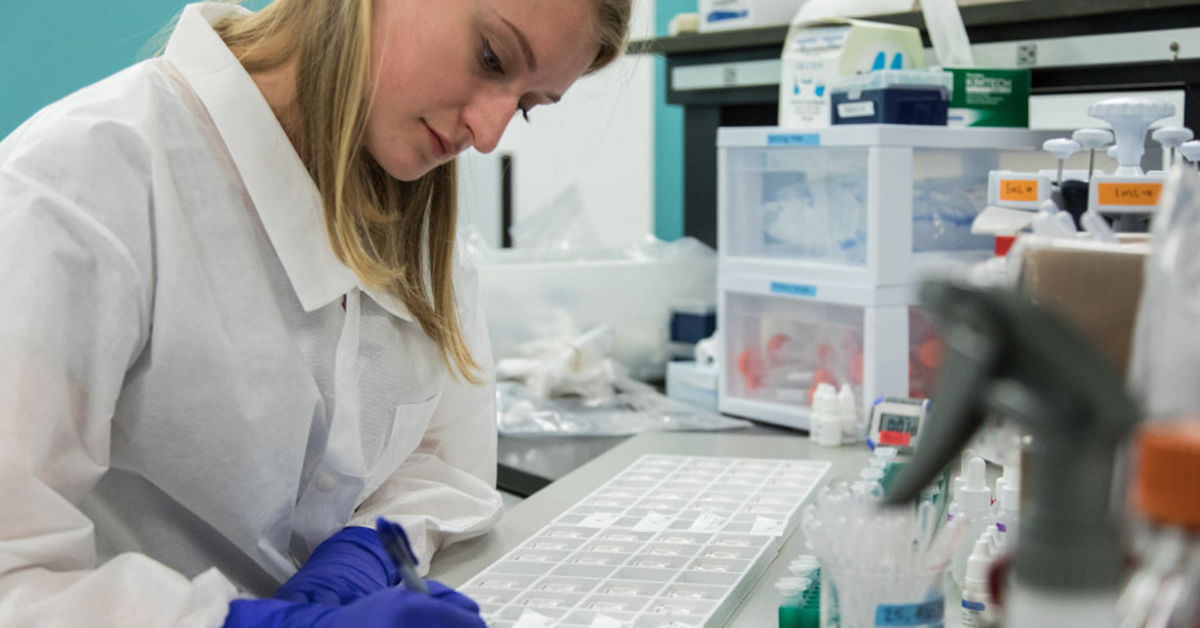 The Roanoke/Blacksburg biotechnology sector is expanding quickly, thanks in part to an exciting new development at RBTC member, TechLab. This summer, Blacksburg-based TechLab finalized a merger with SSI Diagnostica Group, a leading Nordic biotechnology company aimed at advancing diagnostic technology. The merger, in which SSI Diagnostica acquired TechLab, will fuel local economic growth by putting global partnerships and resources behind TechLab’s research, development, and manufacturing work.

TechLab is headquartered in Blacksburg at the Virginia Tech Corporate Research Center with a manufacturing plant in Radford. TechLab specializes in enteric, or intestinal, diagnostics that enable health care providers to identify dangerous pathogens and toxins more efficiently.

Thanks to their team, systems, and excellence, SSI Diagnostica identified TechLab as an important contributor to and vital partner in the global diagnostic market. The merger will see TechLab provide manufacturing for SSI Diagnostica’s respiratory diagnostic tools, creating a synergy that allows both companies to widen their impact.

With this merger, TechLab will join an international portfolio of companies that help over 80 million patients and counting every year. The Roanoke-Blacksburg region can anticipate adding 20 new jobs in the next year and up to 50 within 3-5 years, including manufacturing, quality control, research and development, and administration.

“TechLab has been a valuable part of the Roanoke-Blacksburg technology community for more than three decades. It’s wonderful to see them commit to future growth here with SSI Diagnostica Group,” said Verge President and RBTC Executive Director Erin Burcham.

TechLab was founded in the 1980s when two Virginia Tech researchers developed the first commercial diagnostic tests for C. difficile disease. Since then, TechLab has expanded its operation to include other enteric pathogens and distributes products worldwide. In 2004, the world faced a serious outbreak of C. difficile with mortality rates as high as 20%. TechLab was on the frontlines, furnishing health care providers with expertise and rapid testing technology. Now, TechLab’s C. DIFFICILE QUIK CHEK COMPLETE test is the top diagnostic tool for hospitals around the world.

While TechLab has a worldwide reach, they maintain a solidly community-driven ethos that contributes to their success. A homegrown company, TechLab is deeply invested in the health and well-being of their communities both locally and throughout the state—something they anticipate will only strengthen in the future.

From leadership to manufacturing, TechLab has formed partnerships in regional economic development, Virginia biotech leadership, and local nonprofits. You might find TechLab’s senior scientists speaking to students in science courses at Virginia Tech and Radford University, and you’ll find new grads on the employee roster.

“It’s a wonderful place to work,” said Director of Marketing Jodie Lee. “We’re very integrated into the community and the company strives to care for its employees.”

Like many industries, the diagnostics world was hit hard during the pandemic and TechLab sprang into action on behalf of their team. They provided time off and preserved jobs, even throughout the worst of the crisis. Leadership turned their problem-solving skills to supply chain issues, using their manufacturing plant to make hand sanitizer and masks for employees and even sourcing toilet paper for workers when there was none to be found anywhere else.

White said: “We have a family feel because we stay true to the core of who we are.” As a testament to their commitment, many employees choose to stay in the region to launch and grow their biotechnology careers, investing years and even decades in TechLab.